With the release of SeqZap 7 we have added support for writing procedures in Python in addition to writing them directly in SeqZap.

We still recommend writing test cases in SeqZap, but sometimes it is easier to write algorithms and string manipulation using a real programming language.

Many customers also have existing Python code which they are now able to leverage to easily get started with automating their system test. 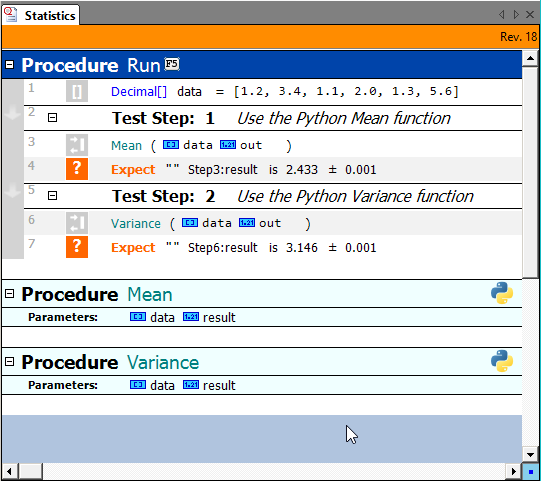 In the example above, Python is used to calculate the mean and variance statistics for an array of decimals.

The Mean and Variance procedures are Python procedures, and just reference a python function in a Python script file. 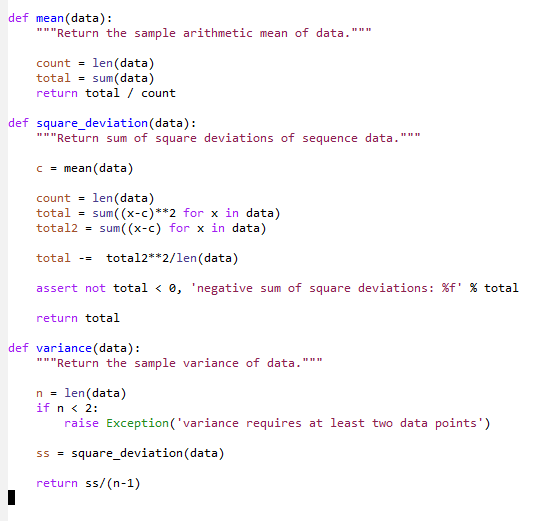 In the next example we use the BeautifulSoup library to “scrape” the stock quotes from the Yahoo Finance website. 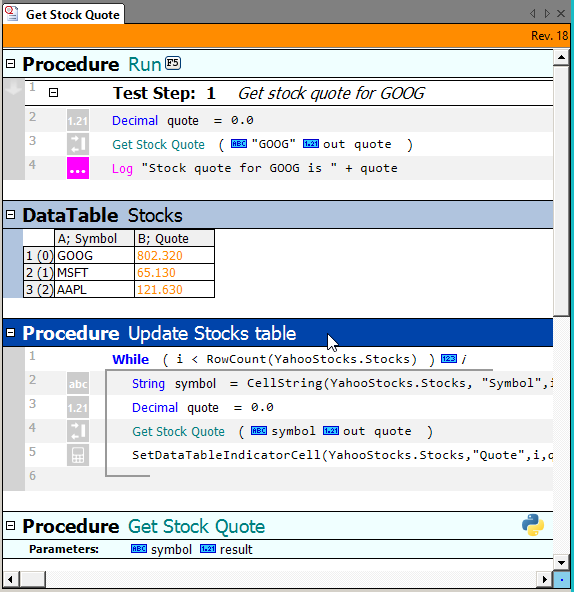 Using BeautifulSoup, the Python code for this example is very short:

Both these examples are available in SeqZap version 7 and later via the File->Examples->Python menu.

Writing Python Procedures in SeqZap is documented here in the manual.